Due to the Covid pandemic, the Balls Cross vintage and steam show, near Petworth, West Sussex, hasn’t run since 2019. However, this year it returned and was bigger and better than ever with a record attendence. 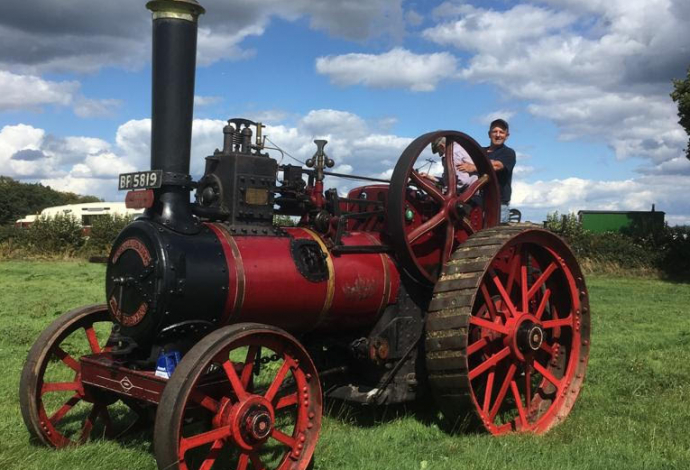 Organised by Tony and Sylvia Haydon, the show donates all proceeds to Macmillan and has raised over £10,000 so far.

Set in beautiful countryside close to Petworth, West Sussex, the show had something for everyone. From vintage cars and motorcycles to military vehicles and steam engines. A range of vintage and classic exhibits were on show, together with local craft and sales stands

BlakerTech’s Workshop Manager, Simon Rawlins, was exhibiting his half size Burrell road locomotive ‘Molly’ which he built himself. He also assisted the crew of ‘General Scrumpy’ a 6nhp Marshall traction engine which is local to the area and spent its working life at Carter Brothers (agricultural engineers) in Wisborough Green, near Billingshurst. Surprisingly, the engine still resides in Wisborough Green, in the ownership of Paul Stickland.

For more information about SandFlo & MagThro recovery - call or email our team.

We use technologies such as a cookies on our site to enhance your user experience, personalise content and analyse our traffic. Click below to consent to the use of this technology on our site. For further details or to change your consent choices at any time - see our Cookie Policy.

This will automatically swith Performance to "ON".

Performance cookies help us to improve our website by collecting and reporting information on its usage (for example, which of our pages are most frequently visited)